Catalogue of the festival

Sculpture Quadrennial Riga 2008 is a European level event that seeks solutions for breaking down elitism in the artistic and public space by means of openness and art accessibility, giving the decision-making rights to art perceivers, as well as fostering the dialogue between art consumers and art professionals.

Main attention of Sculpture Quadrennial Riga 2008 is focused on the art in contemporary public space. The project seeks experimental and innovative cooperation forms between groups of the society. The project fosters understanding and links between the centre and periphery in contemporary art, city space, and European regions. The activities of Sculpture Quadrennial Riga 2008 aim at breaking down elitism in art and culture space through openness and culture accessibility, involving groups of the society whose environment is rarely a site for contemporary art events. The main interest of the project is not to identify particular city space, but rather the feelings, emotions and lifestyle of the inhabitants of marginal, suburban, and disadvantaged city areas, looking for the contact points of intercultural dialogue and dialogue between different groups of society.

One of the main objectives of Sculpture Quadrennial Riga 2008 is to involve various groups of society into culture processes and to encourage dialogue between art creators, art professionals and consumers of the public art.

City periphery holds the processes and historical proofs that have not been considered as topical in contemporary centralized culture space. The aim of the project is to re-discover these territories, looking for material and nonmaterial cultural values, as well as looking for the cooperation links between the city centre and society in general. The project is essential for the inhabitants of Riga city because they will be given the opportunity to participate in the design of the image of the city and public art (international exhibition DICATORSHIP OF THE MAJORITY).

International exhibition: DICATORSHIP OF THE MAJORITY. The exhibition is organized in cooperation with other international art and culture organizations. The exhibition is held from 29 August until 10 October, 2008 in Latvia, in Riga public space of Latgale suburb which is a rather peripheral place. The exhibition includes interactive objects in public space as well as artworks of contemporary public space. At the beginning of the year 2008 the call for proposals is passed for artists of different countries to submit their proposals for the development and exhibition of artworks. In order to foster the participation of society and its integration in contemporary culture processes, Riga city inhabitants are encouraged to take part in the evaluation and selection for implementation process of the proposals. The inhabitants of Latvia were invited to become jury members of DICTATORSHIP OF THE MAJORITY – SCULPTURE QUADRENNIAL RIGA 2008. The selection was based on the information submitted in the application forms. People had to explain why they wish to participate and become one of the jury members. Applicants had to indicate the art exhibitions they had recently visited. The members of jury represent different age and sex groups, professions, interests and nationalities. 10% of all the applications were submitted by Russian speaking population of Latvia. The jury consists of 10 people: Kristaps Ezerins, Lubova Fintjugova, Aiga Freimane, Janis Hadkevics, Eva Ikstena, Janis Karlis Krievs, Andrejs Lebedevs, Viktors Runtulis, Remigijus Skersis and Vita Smite. During the exhibition the link between the periphery and centre will be ensured by the help of a multidisciplinary Pink House, thus involving wide audience and disrupting distance between the centre and periphery. The aim of the exhibition and its concept is to seek new ways to foster the dialogue among different groups of society, intercultural dialogue among artists, local inhabitants and wider audience by interactive means. In order to ensure links between the centre and periphery various means of documentation will be used to register the interaction between the local inhabitants, artists, and wider audience, and it will constitute a great part of the exhibition and will serve as the basis for the international conference PERIPHERY AND IDENTITY. 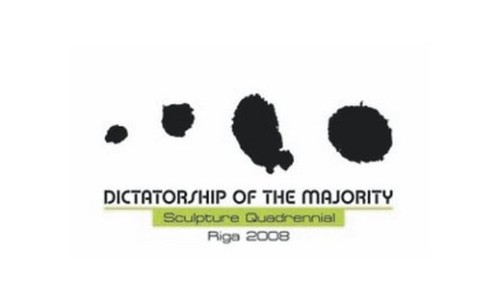